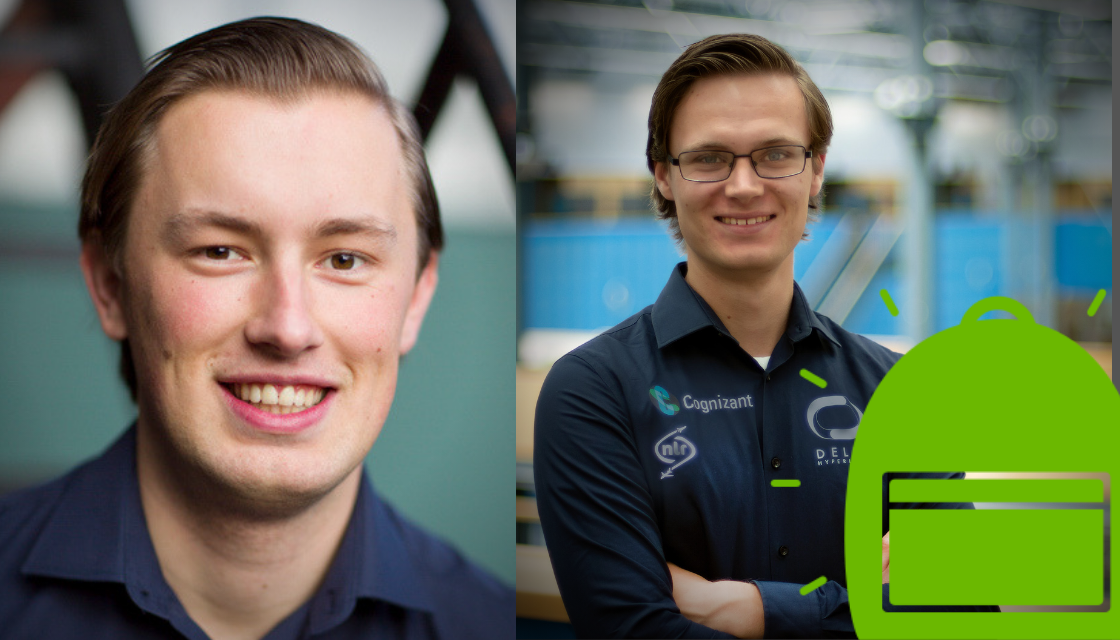 The student award is presented to the student or students whose achievements inspire or advocate for the promotion and advancement of open educational resources and open education.  This year, two students are recognized for their significant, global contribution of open resources in the field of high speed transportation.

To accelerate the development of the Hyperloop concept, a revolutionary high speed transportation system, SpaceX organizes the Hyperloop Pod Competition. Student teams around the globe are challenged to design and build a half-sized Hyperloop pod, to travel through a 1.2 km low pressure tube, built by SpaceX in California.

In 2016, students from TU Delft formed a team and compete in the first competition, which they won!  Since then, each year a new group of students picks up the baton from their colleagues; knowledge and experience from one team is passed on to the next to improve and participate in what is considered a very tough competition.

Dirk Ulijn and Bart Meeuwissen are two of these students from TU Delft that participated in the Hyperloop project.  They were eager to share their knowledge and passion about the project not only with the team who’d come after them, but with the whole world.  To share their knowledge and passion for high speed travel, they created a MOOC, Hyperloop: Changing the Future of Transportation, featured on the edX platform, free for everyone to study, and released under a CC BY NC SA license. Their generosity of spirit and open vision is hard to match.

What is the hyperloop?