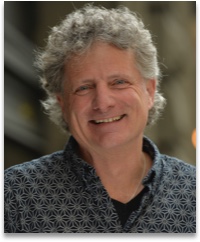 Paul joins OEC after five years as Associate Director of Global Learning for Creative Commons where he helped creators, faculty, students, librarians and the public generate a global public commons of knowledge and culture. While at Creative Commons he co-authored the book Made With Creative Commons – a book about open business models.

On 27-28-May-2019, my colleague Igor Lesko and I had the honour of representing the Open Educational Consortium and its members at the Intergovernmental Meeting of Experts reviewing the UNESCO Draft Recommendation on Open Educational Resources at UNESCO headquarters in Paris. UNESCO hosted this convening to make any necessary revisions or additions required for consensus adoption.

There were 50+ member states represented and about forty observer organizations of which OEC was one. OEC made significant contributions to the initial writing of the Draft Recommendation last year and was pleased to make further contributions, particularly to the policy and sustainability areas of action, at this convening.

Expert discussion reviewed all parts of the Recommendation including:

This was my first in-person experience witnessing a process like this and I found it quite remarkable. Group editing of a document can be a tedious process especially with that many participants. Trudy van Wyk the Chairperson elected to facilitate the whole process did an absolutely fantastic job, with the able assistance of Zeynep Varoglu UNESCO Secretariat. Trudy’s skills at facilitating and asking participants if they had any additions or revisions, thanking people for contributions, and then supporting real time edits and ensuring consensus by all member states was very impressive.

Here’s a little bit of what the process involved. The OER Draft Recommendation document was projected on two large screens at the front of the room – one screen displayed the text in English, the other in French. Translators sitting in booths up high along the side of the room translated everything said into English, French, Chinese, Spanish, Russian, and Arabic. All participants could listen to the language of their choice using headphones. As revisions were suggested word processing staff would make the changes in real time enabling all participants to see the suggested edits. The Chairperson would then seek consensus from all member states to the proposed new wording a process that often entailed lots of dialogue and discussion. Once consensus appeared to be reached and the final tweaks made to the wording the Chairperson would ask if there were any member states opposed. If no one was opposed that section would be considered closed and we’d move on to the next paragraph or section. It was very encouraging to see and hear the constructive input. No member state seemed opposed to the Draft OER Recommendation and suggestions were generally positive and useful resulting in significant enhancements.

I’m pleased to say that at the end of the two days consensus was reached and the Draft Recommendation was adopted. The text of the Draft OER Recommendation will now be finalized, translated, and sent to all member states prior to the UNESCO 40th General Conference in November. At the November General Conference it will be presented for approval and adoption by all UNESCO member states.

I’m really hopeful it will be adopted and passed at that general conference. It will be wonderful to see all member state countries committing to using Open Educational Resources in support of attaining the the United Nations’ Sustainable Development Goal #4 for Education which aims to ensure inclusive and equitable quality education and promote lifelong learning opportunities for all.

Of particular importance is the way the Recommendation involves monitoring with an expectation that countries will periodically report out progress against the areas of action in the OER Recommendation.

Here are links to the Draft Open Educational Resources Recommendation reviewed during this meeting (the revised version is not yet available) and a Preliminary Report produced in advance that provides more context for how and why a Recommendation came to be produced.

Leading up to November the Open Education Consortium encourages all its members to advocate for their country’s support of this Recommendation. We are planning a number of webinars on the UNESCO OER Draft Recommendation to help ensure all our members are informed on what it says. Assuming it gets passed in November 2019 we will then work with our members to put in place ways in which they can work toward the goals and objectives of the Recommendation and monitor progress.

And finally here is a short video my colleague Igor Lesko recorded at the end of this meeting and posted to Twitter.

Special thanks to UNESCO and all member states for the great work on this Recommendation.