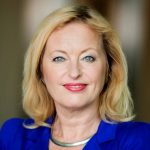 Jet Bussemaker, Minister of Education, Culture and Science for the Netherlands since 2012 and major advocator of Open Education.  Her support of openness has served as an example for governments around the world.

During her 4 years as minister of education, Jet Bussemaker has positioned open education as an important strategy of her policy. She started a structural granting programme, supporting bottom-up initiatives for universities. During the EU Presidency of the Netherlands (first half of 2016) she placed open education on the agenda and organized a big event during the Open Education Week. 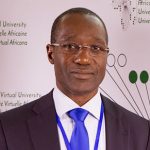 Dr. Bakary Diallo, is the rector of the African Virtual University, a pan-African project with 35 partner universities.  He has served two terms on the OEC board of directors and has been treasurer during that time. His service to the global open education movement has come from his lifelong commitment to the expansion of educational opportunities.

Through Dr. Diallo’s leadership, the AVU has developed OER-based courses and degrees in math and science teacher education and in computer science. Through his advocacy for open educational resources and his broad international network, Dr. Diallo has shone a bright light on open education, on our global consortium, and on the opportunities that expanded access to higher education will bring to underserved communities throughout the world.

The Open Education Educator Award for Excellence is presented to an individual who has shown exceptional dedication to high quality teaching and learning and a commitment to the ideals of Open Education, namely: access, equity and opportunity.  This award is selected by the Open Education Consortium’s Board of Directors to recognize truly exceptional work in Open Education. We are honored to present this award to: 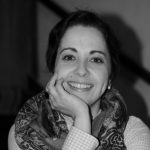 Carmen Sarabia, a nurse, Doctor of Psychology and professor at the University of Cantabria, highly committed to Open Educational Resources in the field of Health Sciences and personal development. Her involvement with OER began in 2013 when she joined the Miríada X MOOC platform coordinating several courses. She has taught a total of 28 editions of 7 different MOOCs in Miríada X with more than 230.000 pupils enrolled.  Carmen has also contributed with two OCWs for the University of Cantabria.

Her outstanding work in OER is not just focused on numbers, but also on quality. In 2014, she won second prize of the Miríada X-SEGIB Latin American Award, for her MOOC “Strengthen your mind”.

She specializes in team work, leadership and control management. Carmen is a strong advocate for open education and has been involved in training and raising awareness about OER giving talks and courses in Latin American to encourage other universities to participate in creating MOOCs.

About the Open Education Awards for Excellence

About the Open Education Consortium

The Open Education Consortium is a global network of educational institutions, individuals and organizations that support an approach to education based on openness, including collaboration, innovation and collective development and use of open educational materials.
The Open Education Consortium (OEC) is an independent not-for-profit (501.c.3) organization incorporated in 2008 under the laws of the Commonwealth of Massachusetts in the United States of America.