Individual Open Education Awards for Excellence recognize individuals whose work and contributions have made a significant impact in the Open Education community.

Awards are granted in two categories:

LEADERSHIP AWARD: The award honors unique and creative leaders that demonstrate guidance, integrity and outstanding commitment to open education.  Their work has been highly effective in achieving positive change and inspiring others through their own example.

EDUCATOR AWARD: The award honors educators who are advancing innovative and effective solutions to actively promote, develop and/or use open educational resources.  They have found creative and significant ways to incorporate OER in their classrooms and professional development. 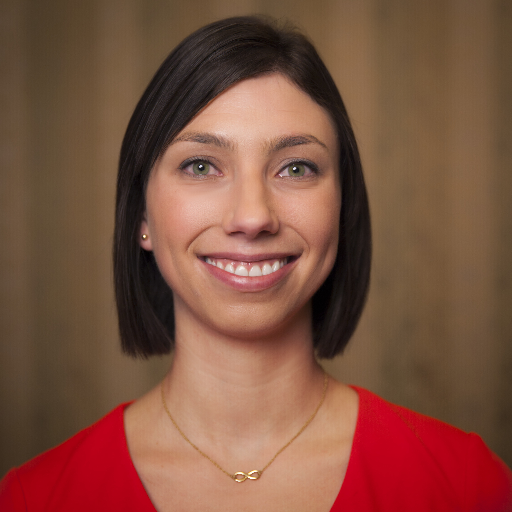 Nicole Allen, Director of Education for SPARC, is the recipient of one of the two Leadership Awards for Open Education Excellence given this year.

Nicole Allen, an internationally-known leader, has kickstarted and shaped a number of Open Education and open policy initiatives (such as OER USA Coalition, Open Policy Network, OpenCon conference), has directly influenced U.S. policy and practice on campus through engaging the library community. Nicole is recognized around the world as a speaker who has set the young generation on fire for open education.

She leads SPARC’s work on Open Education, with a focus on public policy and engaging the library community to advance the issue on campus. Nicole is also on the steering committee of the Open Policy Network and is involved in a number of open education initiatives.

Nicole is an internationally recognized expert and leading voice in the movement for Open Education. Starting more than ten years ago during her own days as a student, she has worked tirelessly to elevate the issue of college textbook costs and access to education into the public spotlight and advance openness as a solution in both policy and practice.

Nicole’s career began in 2006 with the Student Public Interest Research Groups, where she worked with college students across the United States to organize numerous large-scale grassroots campaigns, including a 40-campus, cross-country van tour called the “Textbook Rebellion” and a statement signed by more than 3,000 professors in support of open textbooks. In 2013, Nicole joined SPARC to develop and lead a new program on open education, which has since evolved into a national network of more than 100 academic librarians and a robust advocacy portfolio spanning state, national and international policy.

Nicole brings a unique perspective on education and technology issues, being both a member of the Millenial generation—the same as today’s college students—and a deep issue expert with a decade of professional experience. She is widely cited in the media for her work, and has given hundreds of talks and trainings in more than a dozen countries on Open Education, open policy and grassroots advocacy. 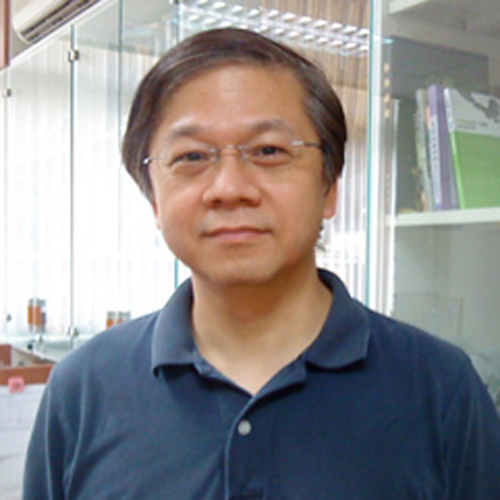 Prof. Wei-I Lee, second recipient of a Leadership Award, is a major advocator of the open education movement in Taiwan and is one the founders of Taiwan Open Course Consortium (TOCC). Many Taiwanese universities joined TOCC because of his enthusiasm and passion for open education. In 2012, he piloted the “ewant” program and started the first MOOC platforms in Taiwan that collects courses from more than 55 universities in Taiwan and China. Since then, “ewant” open education platform (www.ewant.org) has been one of the most successful MOOC platforms in the Chinese-speaking region.

Professor Wei-I, Lee started to promote OpenCourseWare since 2005 and helped to established “NCTU OCW” which is the first OCW website in the global Chinese community providing full-video OCW in 2007. Later on, NCTU became the first OCWC Taiwanese member and has produced more than 200 OCWs, attracting over 350,000 users annually. This outstanding performance made NCTU OCW the recipient of OCWC’s Landmark Site Award in 2012.

Professor Lee envisioned that open education will bring a revolutionary change to the higher education and devotes himself to advocate the adaptation of OCW in the universities. Through his endeavor, Taiwan Open Course Consortium (TOCC) was established in 2009. Now TOCC has 28 members, including 27 universities and one senior high school in Taiwan. He also actively engages in the OCW movement in Asia. Through his networking with the Korean and the Japanese OCW communities, the Asia Regional OpenCourseWare and OpenEd Conferences were held in Korea, Taiwan and Japan continuously during 2009 – 2011, making OCW a popular trend in Asia. Prof. Lee was elected into the Board of Directors of OEC from 2012 to 2014 and made many contributions to the Consortium’s development.

Currently working as the Director of Higher Educational Resources for Openness (Research Center of HERO) in NCTU, Prof. Lee is in charge of the development of “ewant” open education platform. In 2014 – 2015, “ewant” has taken many initiatives to successfully lower down the educational expenses for students and universities in Taiwan. For example, it has shared courses with Taiwan Open University, for students to take online courses and get credits by passing authentic exams since 2014. In 2015, “ewant” launched the General Education MOOC (GEM) program to share general education courses among 11 Taiwanese universities. The goal of the GEM program is to be adopted by most universities in Taiwan before 2020.

Prof. Lee is now planning a “Sharing Education Taiwan (SET)” program which is expected to lead the open education movement in Taiwan into the next phase. 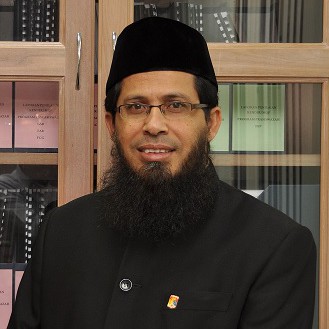 Prof. Dr. Mohamed Amin Embi, is the first of two recipients of an Educator Award this year.  He has been a strong advocate and contributor of OER in Malaysia and the ASEAN region for more than 15 years. He has published 35 e-books related to e-Learning, Web 2.0 and Blended/Flipped Learning accessible for FREE at Slideshare.net and Scribd.com. In addition, has also published 85 presentations on Web 2.0 tools accessible for FREE at Slideshare.net. These OERs have recorded more than 1.3 million visits since 2011.

His most impactful contribution is the e-book series known as ‘Web 2.0 Tools in Education Series’ with 14 titles in English and 10 titles in the Malay language. All the e-books in this series have widely been used as reference guides in the professional development training at all 20 public universities and some private universities in Malaysia. In addition, he has also developed and published a FREE mobile application on how to use selected Web 2.0 Tools in teaching and learning known as JiT2U (Just-in-time Training 2U). According to Google Analytics, JiT2U has been accessed by educators from more than 113 countries worldwide.

Finally, Prof. Amin has recently launched his first FREE professional development MOOC known as ‘Rethinking Teaching; Redesigning Learning’ which has attracted educators from more than 82 countries. Finally, to encourage his colleagues at UKM to share OER, Prof Amin has recently developed and launched a platform known as ORI@UKM (Open Resources Initiatives) using the tagline ‘ORIginal contributions from UKM to the world’. All these projects/initiatives are undertaken by Prof Amin out of his passion and without significant financial support.

Mohamed Amin Embi is currently a professor at Universiti Kebangsaan Malaysia (UKM), Faculty of Education. His areas of expertise are e-Learning and innovative teaching. Presently, he is the Director, Centre for Teaching and Learning Technologies, UKM and President, Mobile Learning Association of Malaysia. He is the recipient of several prestigious awards including the ISESCO Prize for Science & Technology 2010 (Technology), the National Academic Award 2006 (Teaching Innovation), the Malay Outstanding Award 2008 (Education), the Malaysia Achievement Award 2012 (Outstanding Achievements in Education Category), ant the Higher Education Award 2014 (e-Learning Mover/Personality and Best e-Learning Facilitator). 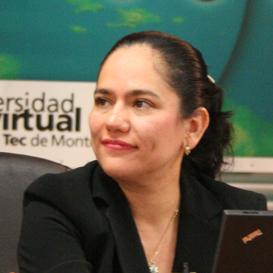 María Soledad Ramírez Montoya, is the second recipient of an Educator Award for her outstanding contributions to open education throughout her career.  She has been an active promoter of Open Education Resources from every angle of her career: as a Professor and researcher, whose interest has been shared by her more than 100 graduate students. And as head of research projects that have contributed to the advancement of Educational practitioners. As a result she has been appointed to regional projects in Latin America such as (2014-2018) UNESCO Honorary Chair holder in OER, (2014-2018) ICDE Honorary Chair holder in OER.

María Soledad Ramírez Montoya has paved the way for the adoption and development of Open Education Resources through her continuous commitment to the Open Education Movement, and she has been recognized in México and abroad by her work: (2014-2018) UNESCO Honorary Chair holder in OER; (2014-2018) ICDE Honorary Chair holder in OER; (2012-2016) Head Organizer of CLARISE (Latin American Open Regional Network of Social and Educational Research) by the Latin-American Community of Advanced Networks (Comunidad Latinoamericana de Redes Avanzadas). Since 2007 she has led research projects where OER has been an important component and such works have had impact in Mexico and Latin America: Chair of Research in Technology and Education (2007), Knowledge Hub for Elementary Education (2009), Mobile and Open Educational Resources for the Training of Educational Researchers, Repository DAR (Develop, Learn, Reuse) (2010), SINED-CLARISE for Distance Education (2012-2013), among others. Her research work has led to the publication of 14 books, 36 book chapters and 53 papers. She is member of the Scientific and Evaluation committee of international journals: ‘Review of Research in Open and Distance Learning’ (IRRODL, 2015), ‘International Education in the Knowledge Society’ (2015), ‘International Computers in Human Behavior’ (2015), ‘The International Journal on Networked Business’ (2015), as well for Mexican journals (CONACYT): ‘Revista Electrónica de Investigación Educativa’ (REDIE, 2010-2015); ‘Revista Mexicana de Investigación Educativa’ (RMIE, 2009-2015); ‘Revista de la Educación Superior’ (2012-2015); ‘Revista Apertura’ (2009-2015), ‘Sinéctica, Revista Electrónica de Educación Educativa’ (2012-2015) y ‘Revista Iberoamericana de Educación Superior’ (2012-2015). Moreover she has taken advance of the ample reach of MOOC and has used it for teacher advancement in the development and use of OER with more than 35,000 learners from 127 countries. Her commitment to the Open Education Movement continues as she leads graduate students and their research projects along the Latin American region.