The Special Awards for Open Education Excellence honor exceptional contributions to the Open Education Movement.  Categories vary according to the nominations presented to the Board of Trustees each year.  This year’s awards are granted in two categories: 1) Organizational Leadership Award & 2) Lifetime Achievement Award

The Organizational Leadership Award is granted by the OE Consortium Board of Trustees to an organization that exemplifies extraordinary leadership in the field of open education serving as inspirational model of engagement and commitment. The Open Education Consortium is pleased to present this year’s award to:

The National Open University of Nigeria (NOUN) has shown a strong determination to become a full-fledged OER-based Open University with a measured share for MOOCs. It seems fair to say that NOUN is the first OU in the world implementing such an ‘all-inclusive’ OER strategy and profile, and at pretty high speed. NOUN already launched its first 40 OER-based courses and its first 3 OER-based MOOCs. Hopefully NOUN can serve as an inspiring and promising exemplar for other (open) universities.

In December 2013, during the 7th Pan Commonwealth Forum, NOUN’s Vice Chancellor, Prof. Vincent Ado Tenebe, declared NOUN’s intention to fully embrace OER. That was quite remarkable, given the reservations in the world of open universities to date with going that far. Only two years later, in December 2015, NOUN launched its first 40 OER-ized courses and its first 3 MOOC-ified courses plus a portal housing the courses and services. This outstanding achievement is due to NOUN’s strong OER determination and pertinent implementation attention, flanked by inspiring UNESCO involvement and guidance and expert support from the Dutch OER UNESCO Chair team. In August 2014 an OER Unit was established, headed by Dr. Jane-Frances Agbu. Two sensitization and two instrumentation workshops were organized. The launch event in December 2015 marked the dissemination within NOUN and beyond. The Vice Chancellor announced that by the end of 2017 half of NOUN’s complete course base should be in OER and about 20 MOOCs should serve pressing learning needs in Nigeria.

Embracing OER is quite natural for NOUN given its mission to “provide highly accessible and enhanced quality education anchored by social justice, equity, equality and national cohesion …”. One could expect from NOUN indeed, being a government-funded university, to serve Nigerian society, learners, and colleague universities by an ‘all-inclusive’ OER agenda. This approach can reach out to many learners, in particular to the huge number of potential students who simply cannot get a ‘seat’ at a Nigerian university, which goes up to around 1.2 million out of an average of 1.5 million qualified youngsters annually (80%!).

NOUN is heading for a full-fledged OER-based Open University with a special niche for MOOCs, the first OU of this kind in the world. Hopefully NOUN can become an inspiring and promising exemplar for other (open) universities.

This Special Merit Award is presented by the OE Consortium Board of Trustees to individuals who, during their lifetimes and careers, have made creative contributions of outstanding significance to the advancement of open education. The Open Education Consortium is pleased to present this year’s award to: 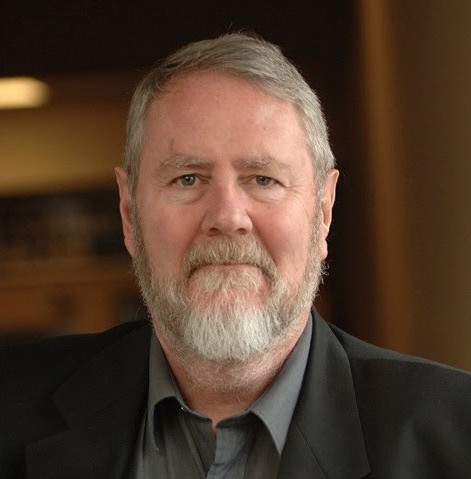 Dr. Rory McGreal is an influential international expert in OER with a long-standing record in outstanding research leading to a strong and convincing plea for OER. In the global discourse he solidly and persistently emphasizes the benefits of openly licensed over proprietary learning materials. With his UNESCO/COL/ICDE Chair in OER he operates the OER Knowledge Cloud. Rory is a true OER globetrotter, supporting institutions and governments in many parts of the world with his presentations and guidance, generating global impact.

More than almost any of us, Dr. Rory McGreal is a true and very active globetrotter, speaking up for OER strongly and convincingly, in presentations and guidance, to institutions and governments, and in many parts of the world. He has a long-standing record as a researcher in Open and Flexible Learning at Athabasca University in Canada and has been an active member of the international research community. In the last decade he has focused on OER (and on mobile learning) and became an influential expert in these areas, effectively going beyond just doing research. By the end of 2010 the first two UNESCO Chairs in OER were established, one of them went to Rory McGreal. Actually he is carrying three labels for his OER Chair, besides UNESCO also COL and ICDE, showing that his activities are manifest and respected in three global organizations. With his OER Chair he operates the so-called OER Knowledge Cloud which is providing easy access to all relevant scientific or popular papers and reports on OER.

Recently he underlined the increased emphasis on openness in education in the leading open access educational journal IRRODL of which he currently is co-editor. You cannot find a better spokesman explaining that the sustainability challenge for education quite often erroneously is connected to the introduction of OER instead of where it should be linked to, that is the current failing educational system. And you cannot find a clearer advocate for all the benefits of openly licensed learning materials above the conventional copyrighted books from the publishers. Rory as an Irish Canadian has been a persistent, pertinent and in the end effective actor in the OER discourse and arena in Western Canada. But not only there, his real scope is the world, and indeed his activities do have global impact. (more information)