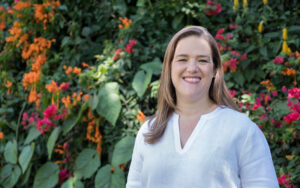 Marcela Morales joined the Open Education Consortium in January 2010 after twelve years on the faculty staff at Tecnológico de Monterrey.  Among the positions she held at the TEC are: Special Projects Director for the Virtual University and International Programs Coordinator for High school students in the USA, Italy, France, Germany and China.  In addition, Marcela has been a dedicated teacher both in classroom and virtual environments for more than 10 years, teaching art history and educational psychology.

Marcela holds a BA in Architecture from Tecnológico de Monterrey (1995) and MA in Technological Education from British Columbia (2006).